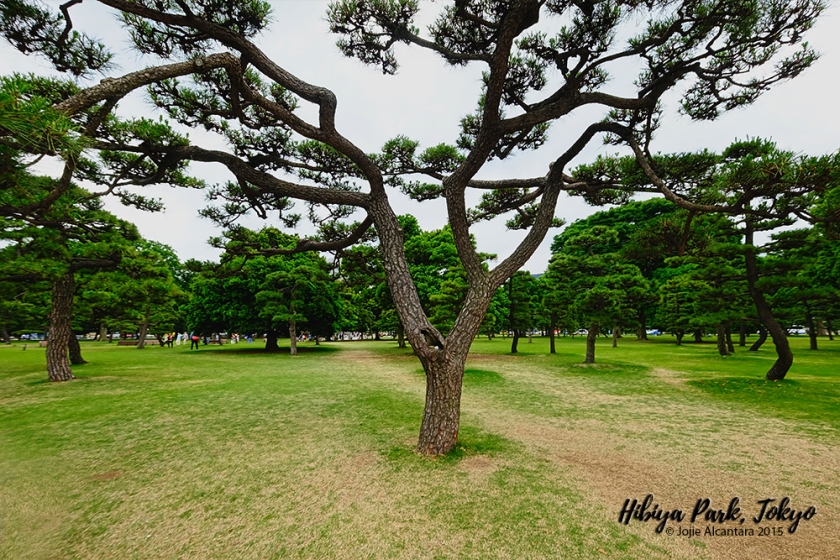 “We come from the earth.
We return to the earth.
And in between we garden.”
~Author Unknown

The stunning and serene Hibiya Park was designed and constructed as the first westernized urban-style park in Japan. It opened to the public in 1903, and celebrated its 100th anniversary in 2003.

As the first and oldest Western style public park, Hibiya Park was once the estate of feudal families in the Edo period under the rule of the Tokugawa shogunate, the last feudal Japanese military government which existed between 1603 and 1867.

It was utilized as a military ground before it was opened to the public as a park.  Its central location is a breath of fresh air and stunning greenery, surrounded by landmark attractions such as the East Garden of the Imperial Palace, while merging the traditional and modern as it is also near Tokyo’s busy financial centers of Marunouchi and Ginza’s famous shopping district.

Blooming with flowers, birds, old trees, ponds, and statues, the place is a haven for weary soles who seek comfort and sleep underneath the trees.  At first glance, I thought most of those huddled figures were homeless, but realized that most of them were senior citizens out to catch some catnaps in the open breeze, or  workers sneaking a break from nearby office work.

Me in Hibiya Park, Chiyoda-ku, Tokyo

Cebu Pacific Air flies from Cebu to Narita four times weekly to the capital city of Japan, utilizing the airline’s brand-new Airbus A320 fleet.  The Cebu-Narita service is operated every Tuesday, Thursday, Saturday and Sunday, departing Cebu at 5:55am and arriving in Tokyo at 11:20am. The return flight departs Narita at 12:05pm and arrives in Cebu at 4:25pm.

This is the airline’s 4th route between Japan and the Philippines.  CEB’s Cebu-Narita service is aimed at boosting tourist arrivals into Cebu and Tokyo, with lowest year-round fares starting at PHP7,388 with no fuel surcharges.  For bookings and inquiries, guests can go to www.cebupacificair.com.

Early morning breakfast with my fave Jolly Mushrooms in Beef Tapa and Garlic.
Here's something whipped up in the kitchen during the holidays, sauteed Jolly Mushrooms with Broccolli for a healthy diet delightful recipe.
"Being in nature can restore our mood, give us back our energy and vitality, refresh and rejuvenate us.
Having gotten my booster shot right after Christmas when everyone is enjoying favorite drinks, I will stick to my non-alcoholic beverage that's perfect for the holiday season. So it's a "Yes to MAY" in December with three sparkling flavors of Apple, Red Grapes and White Grapes.