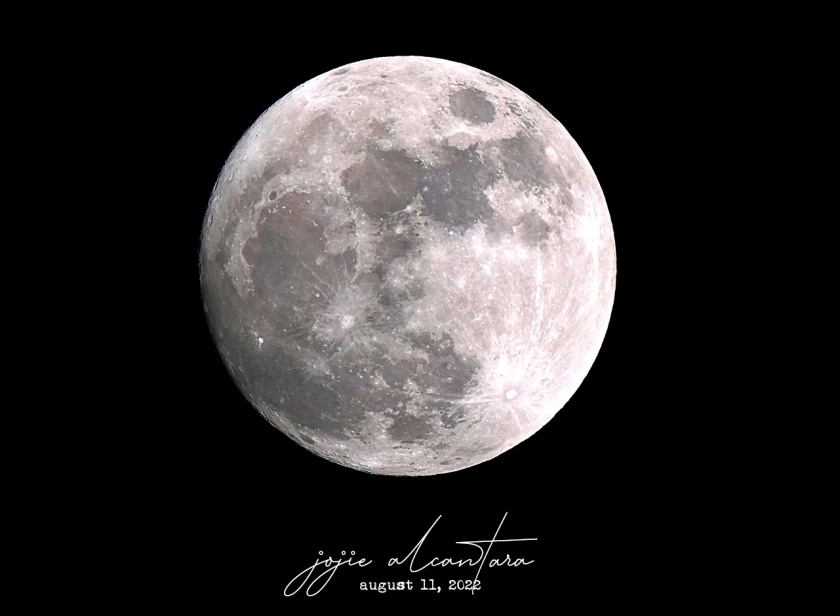 Shot on August 11 and 12 respectively, the bright full moon in Aquarius called Sturgeon Moon appeared in the sky as the last Super Moon of 2022. It is named after North America’s common and large sturgeon fish, which comes in abundance in the lakes at this time of season.

Based on the location and people, other names also refer to Grain Moon, Corn Moon, Lynx Moon, and Lightning Moon. Since ancient times, the nicknames for each full moon stem from how humans related to the seasons in order to survive. Depending on the time of year, the moon gave clues on when to plant, harvest, hunt, weather patterns to look out for, or how animals and plants behave.

In my travels to far off tribal communities, I paid respect to their observations and rituals for planting and harvest, much like what the Native Americans did. New moons indicate time for planting and planning, while full moons are for harvesting.

People use the energy of the new moon to help achieve goals or start on a new project. It’s a period for renewal, growth and setting intentions.

A Super Moon happens when the full moon coincides with the moon’s closest approach to Earth in its orbit, and is often at its largest and brightest than other months. The energy levels in a full moon phase intensify agents of change and growth.