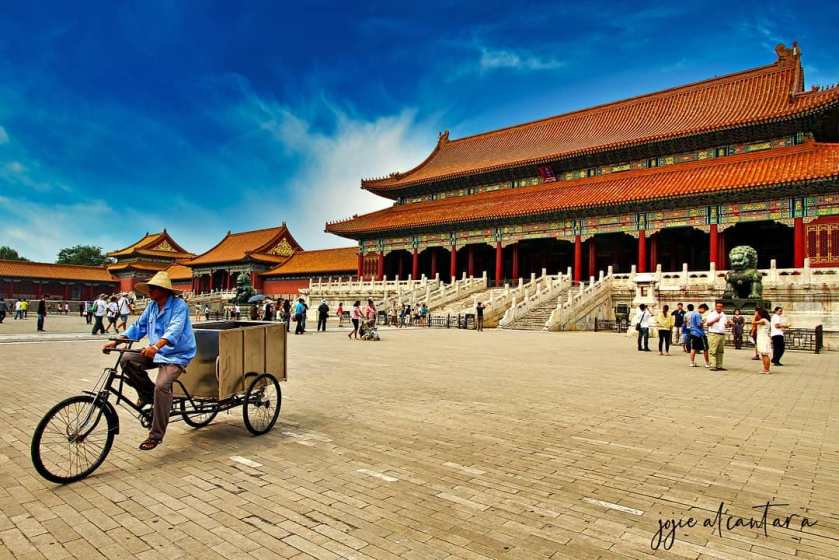 Forbidden City (officially called Gugong, 600 years old), was the imperial palace for 24 emperors of Ming and Qing Dynasties until the overthrow of Qing Dynasty. Constructed in 1406 by civilian workers, it is the largest ancient imperial architecture complex with 8703 rooms, enclosed by a high city wall and surrounded by a moat.

As the highest power center over five centuries, commoners were forbidden from approaching the palace wall without a price of instant execution, hence its name.

Today, the 72-hectare historical site is open to the public as the Palace Museum, depicting the cultural richness of China. It is estimated to be as large as 101 football fields, so it takes a whole day to walk the entire area, with interesting places to visit, from the halls, courts to the imperial garden.

Forbidden City or the Palace Museum is located at the center of Beijing City, close to Tiananmen Square.