“Life is like the river, sometimes it sweeps you gently along and sometimes the rapids come out of nowhere.” ― Emma Smith

Butuan City is a historically rich city in the Philippines, bounded to the north, west and south by Agusan del Norte, to the east by Agusan del Sur and to the northwest by Butuan Bay, a rich fishing ground and busy shipping route.  The regional center of Caraga, it is located at the northeastern part of Agusan Valley in Mindanao, sprawling across the Agusan River, which empties into Butuan Bay.

Our interesting river cruise started off at the Bood Promontory and EcoPark which overlooks Butuan Bay.  The scenic view of fishponds, coastal villages, and mangroves along the snaking tributary of El Rio de Butuan (now Masao River), showcases Butuan with a historical significance of being the first kingdom in the Philippines to have trade relations with China in the early centuries. Rich archaeological artifacts and treasures were periodically excavated from its riverbanks as proof of recorded maritime trade. 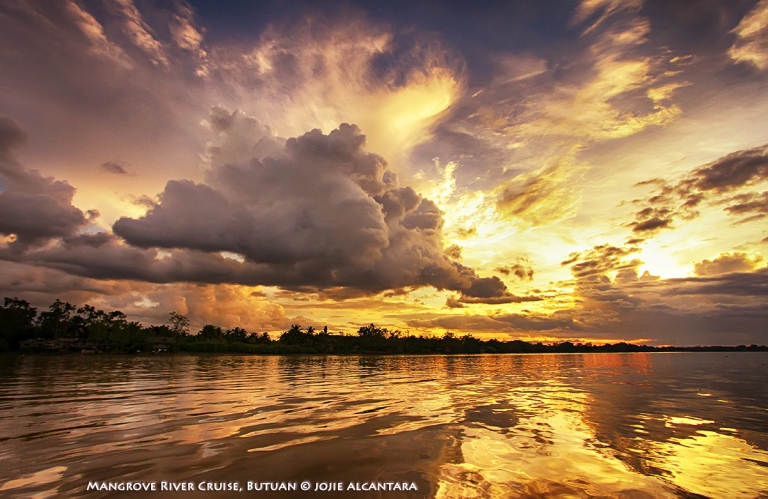 Butuan City was formed as a deltaic plain from the deposition of river sediments flowing through the Agusan River, the third longest river of the Philippines.  The Agusan River and its tributaries provide the valley with rich soil from periodic floods.  Today, with the developing logging industry, it has earned its moniker “Timber City of the South”. We made a few fascinating stopovers along the way, but am reserving them for my next photo stories. 😀