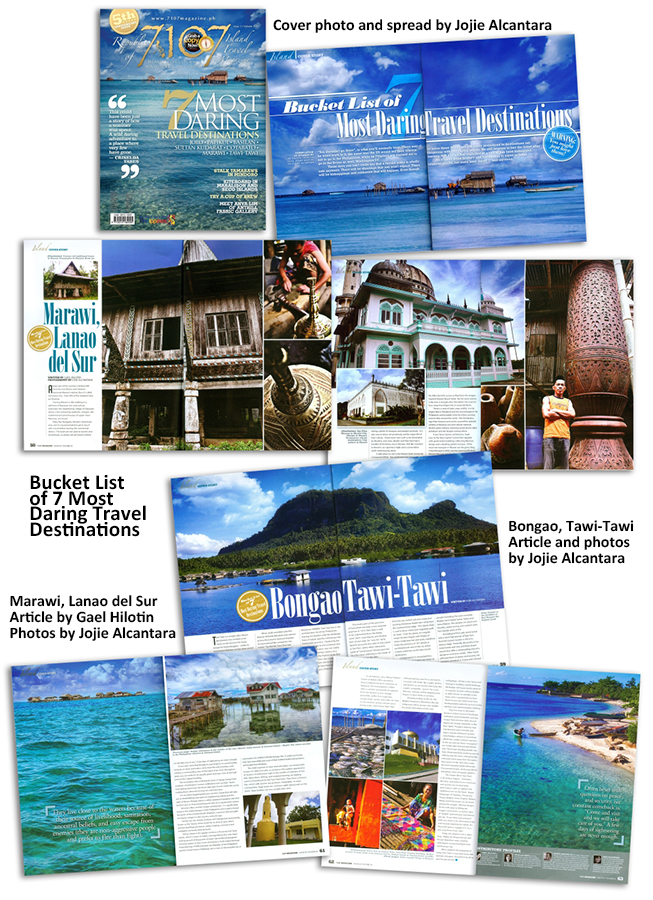 When 7,107 Islands Magazine (my country consists of such number of islands) launched the latest issue with the theme of “Seven Most Daring Travel Destinations”, it was quite a brave move on the editor’s part and the team behind it.  How can you promote places most feared in my country due to travel advisories and media hype?

Of the seven daring destinations, I have only been to four so far. Actually I had a pending invitation to two of those, but things had a way of preventing me from going at that time.

In this particular issue, I got the cover photo and two beautiful destinations, Marawi City (article written by Gael Hilotin) and Tawi-Tawi, situated at the last frontier southernmost of the Philippines (my article and photos).

Braving a destination despite the negative claims is sometimes worth it, just as long as you don’t take too much risk. 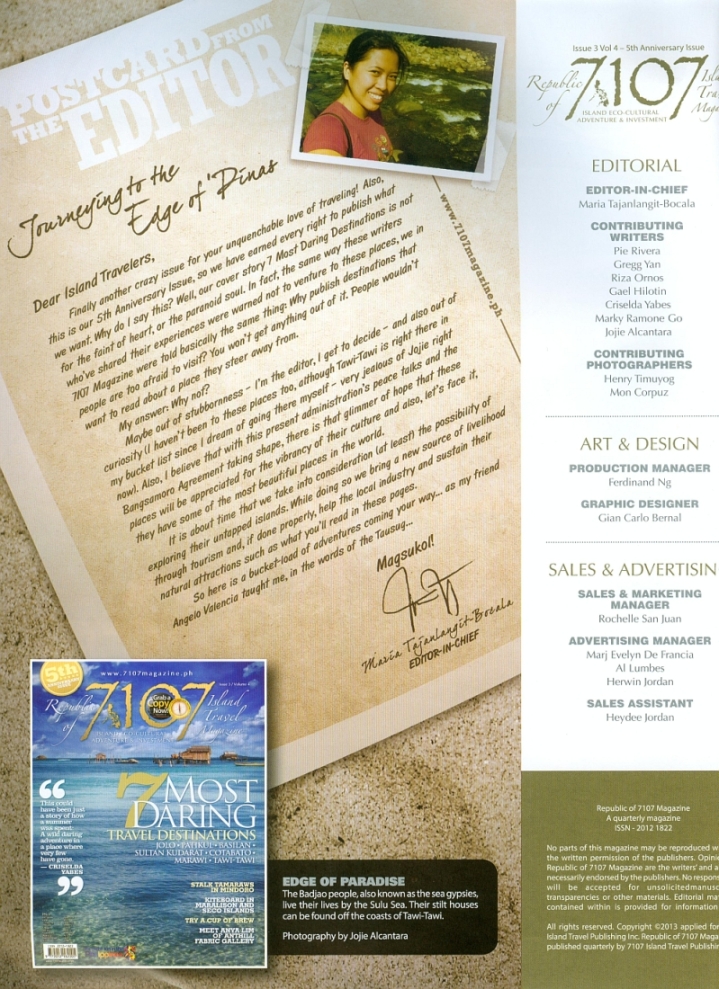