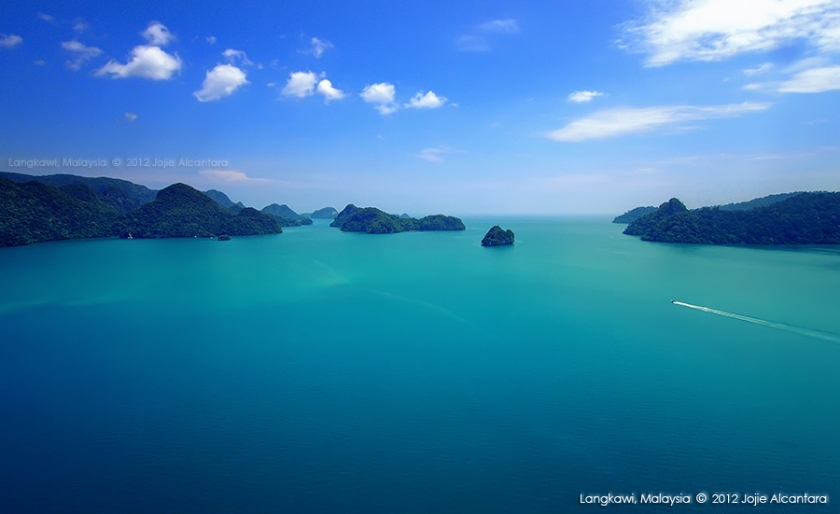 “One of those flash epiphanies of travel, the realization that worlds you’d love vibrantly exist outside your ignorance of them. The vitality of many lives you know nothing about. The breeze lifting a blue curtain in a doorway billows just the same whether you are lucky enough to observe it or not. Travel gives such jolts. I could live in this town, so how is it that I’ve never been here before today?” ~ Frances Mayes, A Year in the World: Journeys of a Passionate Traveller

I came down with a viral infection as soon as I arrived from Malaysia last week. An exciting frenzied week of traveling by plane, train, bus and ferry has weakened my system into a coughing mess.  I embarrassingly and continuously coughed my way all throughout the trip.  I ran out of medicines but have managed to complete the trip without buckling down from exhaustion (you will if you drag around a huge luggage on wheels, a bulky camera bag and a laptop backpack).

So as soon as I came back, I went to the doctor for a complete medical haul.  I was prescribed several medicines, steroids, antibacterial capsules, inhaler … the works.  That’s when I collapsed.

Today, I am still in the middle of my recovery and bed rest, but couldn’t resist the urge to post a sneak preview.  Teaser alert!

Having mentioned in my very long bio that in my distant past I have struggled with conquering fear of heights, I now let you know that I am a manic aerial shooter.  As soon as we got into a beautiful spa resort in Langkawi called Frangipani Resort,  I looked for helicopters nearby for a possible aerial trip.  I introduced myself to the resort manager and told him straight, “If you can fly me around the islands I will give you my photos.”  Chutzpah, but with a cough to boost.

The very sweet manager called me up at midnight to inform me I would be flying the next day for 15 minutes.  Request granted. 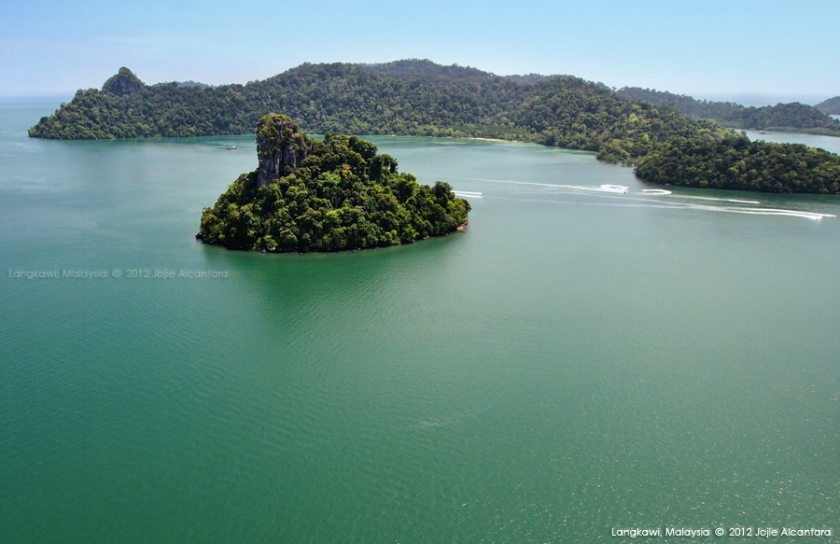 Langkawi is a not so hidden paradise which comprises of 99 islands surrounded by pristine waters and lush rainforest.  The mysterious islands are steeped in fascinating legends and folklores.  It has been cited as a UNESCO Geopark (geological park) in recognition of its amazing and significant geological formations and untouched paradise.  The park covers mountainous peaks, sandstone formations, limestone caves, mystical lakes, waterfalls as well as fascinating flora and fauna dwelling in its environmental wonder. Recently, National Geographic has listed it as one of the top ten most beautiful beaches in the world.

All I had was a few minutes of heaven, but it was well worth the quick ride (or dare I say soar, after their eagle’s monument).  Will post more stories soon.  Let me recover first. 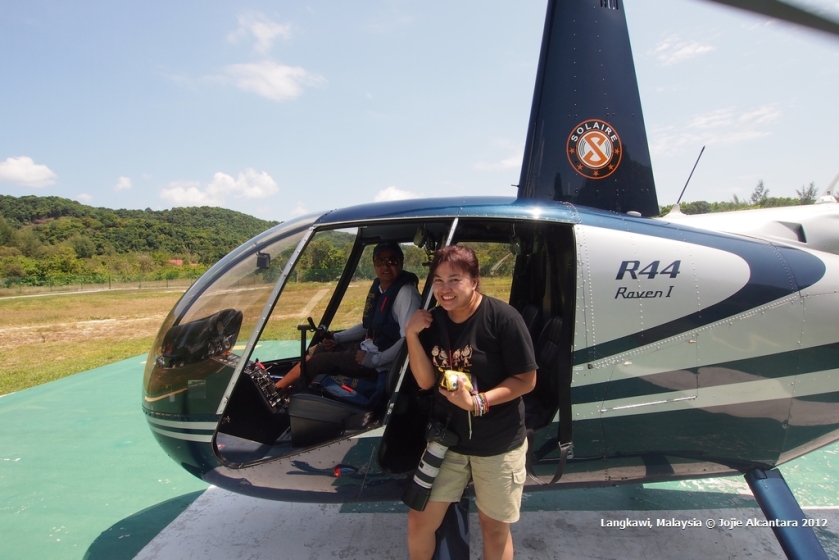 FYI, this is my seventh aerial shoot in my lifetime on a chopper (19-seater planes not included).   Three were for resorts, one for a celebrity, and one was a life and death situation as we flew into tropical storm clouds and barely managed an emergency landing on top of someone’s rice terraces on a hill.   This was how I got hooked.  But that’s another story.

This was also my first time in Langkawi in 2012. I came back in 2014, when Malaysia was sadly crippled by the loss of two Malaysian Airlines planes and their passengers. Ironically, it was my airline host as well.

Updated 2016 :  “As a marketing brand, Langkawi was officially re-named as Langkawi Geopark on May 31, 2006 by the Kedah State Government and on October 6, 2006 by the federal government. But it was not until June 1, 2007 that Langkawi was finally accepted as a member of UNESCO’s prestigious Global Geoparks Network (GGN), giving it international validation for its claim as a geopark.

Although the total number of islands in the Langkawi archipelago is 104, the number stated in LADA’s information brochures and publications is 99. This is done mainly for marketing purposes as the number 99 was deemed as more interesting and memorable than 104. Also, as most of the island inhabitants are Muslim, the number 99 has a sacred significance for them (the 99 Names of God).” Source : Official LADA Website

View more of my photos of Langkawi, Malaysia