Trivia:  It used to be called the New Philippines.

Named by CEDAM International as “One of the Seven Underwater Wonders of the World”, this country lies 1000km (600 miles) east of  the Philippines (my country),  about 800 miles (1,280 km) southwest of Guam  and 2000 miles (3200 km) south of Tokyo.  It is the westernmost cluster of the six major island groups that make up the Caroline Islands lying at the end of Micronesia in the Philippine Sea.  It has more than 200 islands, of which only eight are inhabited. 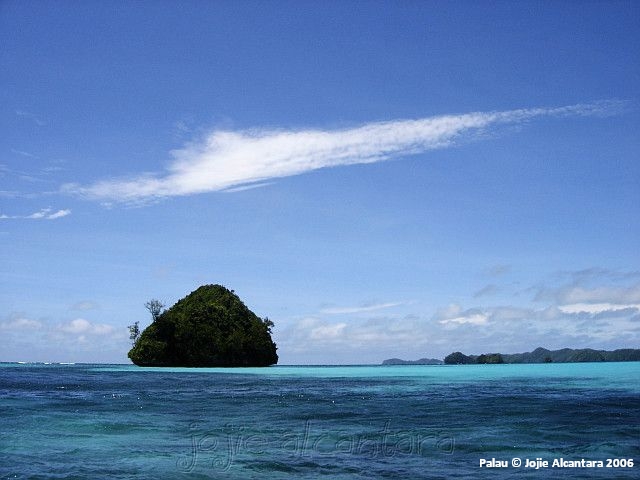 In history, this area has once been christened Nuevas Filipinas or New Philippines (1700-1800), as part of the Spanish East Indies territories governed from Manila.  It was also named  Los Palaos, Pelew Islands, Caroline Islands —traditionally for locals, it is Belau.

In my visit to this breathtaking island nation in 2006, I got to pose with two beautiful kids aged 9… at these sizes.

Can you guess what country this is?  🙂