Mayon Volcano is the Philippines’ most active stratovolcano, considered to be a perfectly formed volcano for its symmetrical cone. It rises at 2,463 m (8,081 ft) and is the central feature of the Albay Province, of which Legazpi City is the capital, about 300-km southeast of Manila.

It is part of the Pacific Ring of Fire and its last eruption was on December 2009. There is a research station (PHIVOLCS) located about one-third of the way up that is accessible by road and is the jump-off for climbers. 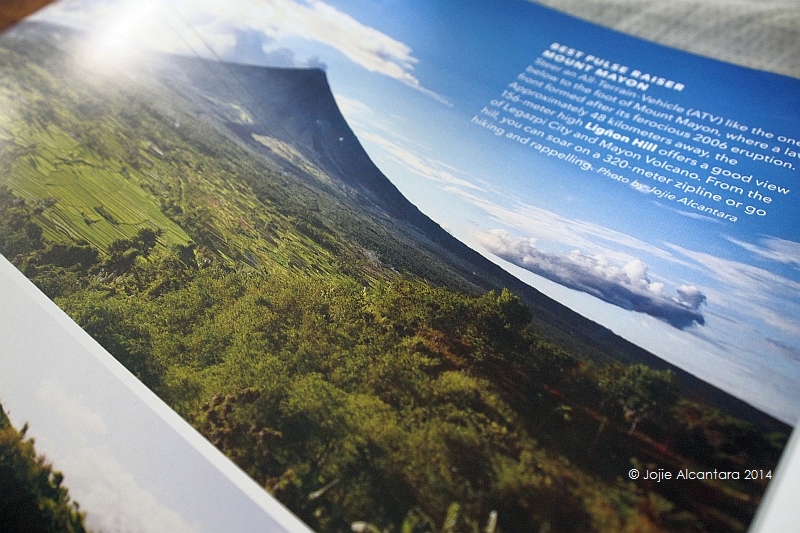 The majestic Mayon was a candidate of the New Seven Wonders of the World in 2008 (did not make it to the top 25 and gave way to our Puerto Princesa’s Underground River) and considered to be one of the world’s most perfectly formed volcanoes.

I was lucky to have been flown above the dangerously beautiful crater in a chopper and be able to share my images in publications.